Scoring a Touchdown with Barter: Talking Trade with the Owner of the Omaha Beef

Ah, you know what time it is? It’s almost time for the start of the indoor football season. Recently, we had the opportunity to sit and talk with one of our new Tradebank members. Owner and CEO of the Omaha Beef, Ricky Bertz, spoke to us about what drove him to give trade a chance, what he wants from it, and how he knows it will positively influence the Beef. First, we asked Ricky to tell us a little more about who he is, and what the Omaha Beef is. Ricky went on to tell us how, the “[Omaha Beef football league], who play in the Champions Indoor Football league, are the longest running professional football league in the United States”. As he’s been involved with the business for 14 years himself, who better than to take the bull by the horns?

So, We Had to Ask, Why Barter?

Ricky had a lot to say on this matter. Mainly, Ricky wanted to tell us about how Trade was really appealing to them as an established business.

Yes! Even though an established business may have strong relationships, and firm connections, Ricky saw how barter can add a new angle to business. He went on to say, “[In Tradebank] the value is in the existing community, there’s new relationships and contacts to be made.” Not only was he recognizing the bottom line benefit, but the benefit of networking in a tight knit community. He immediately recognized how the Tradebank community would be a new set of assets to his business. Think it of like joining a networking club, that saves you cash at the same time. Ricky continued talking about how, “Networking through Trade arrangements would allow him to make brand new, direct connections.”

He would get to meet, talk, and work with business owners in areas that he needed for both his personal life and his business. The value behind these direct links was clear, “from both an operational and a budgeting standpoint.” He finished on this point by saying, “Long term, it’s definitely a benefit. You never know how networks may overlap, and how can you begin accessing new customers you may not have had before. It has become an asset and extension of my business.”

Even though it seemed pretty clear he was excited about the networking, we were curious, and wanted to know what exactly has him most excited about Tradebank. So, we asked!

What is most exciting?

Ricky said, “Probably, being a business owner, is the focus on my bottom line and increasing profits and revenue. That’s the most important, and the most exciting thing, as I’m sure it is for everyone else who joins too. Business owners can utilize these Trades for their business expenses, making their business that much more successful. We are taking our business, and improving it with what we already have on hand. Then, add in connecting with amazing people, working with my broker, and it’s a huge bonus.”

“I believe the odds are in our favor.”

We were glad to talk with Mr. Bertz about his experiences with us, and hearing how it was benefiting his business. Yet, we couldn’t help but to ask about the Beef. How excited is the team for the approaching season? We asked, and he let us know, “They’re extremely excited, they’re excited from the front office to the coaching to the fans. The community is excited as a whole. We’ve made the playoffs all but once.  It’ll be tough to make the playoffs, based off the incredible competition. However, I believe the odds are in our favor. We’re a good team, who practices hard.” Recently, as they

had tryouts a couple weeks ago, we wondered if any of our attending Trade members can expect to see new faces on the field. Bertz responded, “Definitely some new people on the field, very competitive business. There’s an evolution process. We bring in the most talent we can bring in. You can’t be stagnant. Your competition is doing the exact same thing.”

We are excited to see how barter will continue to benefit Mr. Bertz and the Omaha Beef, but I know we are just as excited to see the Beef take the field this spring. Contact your broker today, or our main office (678) 533-7100, to find out how to secure your season tickets on Trade. Advertising options available as well! 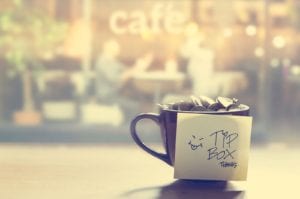 Why You Should Tip

The Value of Tipping As a business owner, you know how challenging your work can be. It takes more than the average joe to be 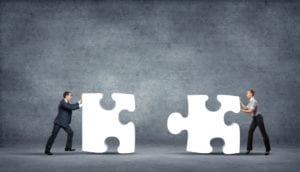 STOP! Do you want to pay cash for that? 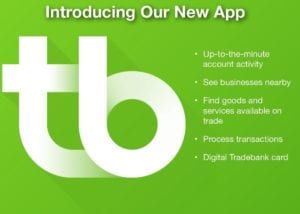 If you have questions or are ready to join ... We are Available

Are you ready to learn more?Find out how Tradebank can help your business grow